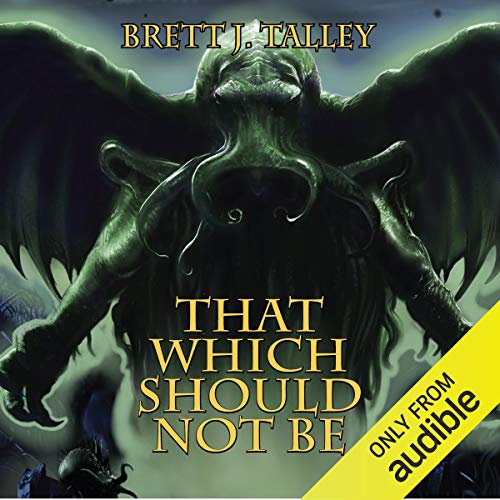 That Which Should Not Be

That Which Should Not Be

Miskatonic University has a long-whispered reputation of being strongly connected to all things occult and supernatural. From the faculty to the students, the fascination with other-worldly legends and objects runs rampant. So, when Carter Weston's professor Dr. Thayerson asks him to search a nearby village for a book that is believed to control the inhuman forces that rule the Earth, Incendium Maleficarum, the student doesn't hesitate to begin the quest.

Weston's journey takes an unexpected turn, however, when he ventures into a tavern in the small town of Anchorhead. Rather than passing the evening as a solitary patron, Weston joins four men who regale him with stories of their personal experiences with forces both preternatural and damned. Two stories hit close to home as they tie the tellers directly to Weston's current mission.

His unanticipated role as passive listener proves fortuitous, and Weston fulfills his goal. Bringing the book back to Miskatonic, though, proves to be a grave mistake. Quickly, Weston realizes he has played a role in potentially opening the gate between the netherworld and the world of man. Reversing the course of events means forgetting all he thought he knew about Miskatonic and his professor and embracing an unknown beyond his wildest imagination.

Das sagen andere Hörer zu That Which Should Not Be