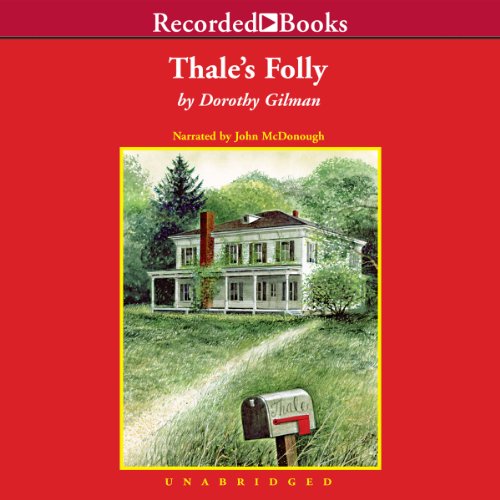 Crafted by the creator of the beloved Mrs. Pollifax series, this little gem of a novel sparkles with romance and intrigue. The story whisks you to the enchanting rural abode known as Thale’s Folly, whose occupants are anything but fools. As you get to know these charming people and their magical home, a delicious scent of mystery infuses the fresh country air.

Andrew Thale is not exactly thrilled when his overbearing father sends him on an errand to assess the property inherited from an eccentric aunt. Andrew is intrigued though, when he finds the house fully occupied. Its odd and interesting residents have a calming effect on him, especially the beautiful young woman named Tarragon. But his arrival seems to have set a series of mysterious events into motion. Narrator John McDonough’s engaging performance lets you share in the excitement and camaraderie. Like Andrew Thale, you will want to linger in this mellow country haven.