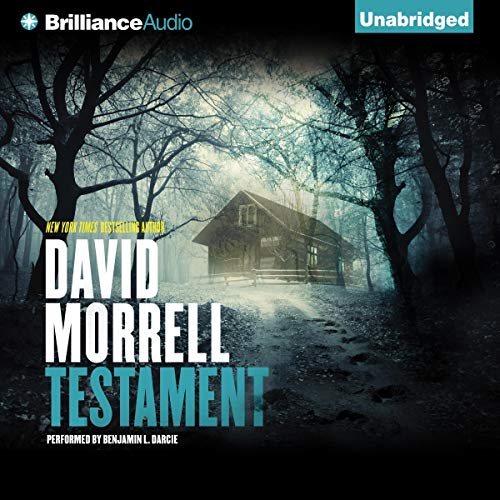 Reporter Reuben Bourne has broken a promise - to cast a paramilitary white supremacy group in a favorable light. Now, one basically peaceful man, one with a paradoxical attraction for violence, must confront a force of unrelenting hate. Somehow, he must survive - as he leads his family on a desperate flight into a wilderness as unforgiving as the fanatical humans who pursue him.

From the best-selling author of First Blood, The Brotherhood of the Rose, The Fraternity of Stone, The League of Night and Fog, The Fifth Profession, and The Covenant of the Flame comes Testament, the internationally acclaimed thriller classic by David Morrell that is his most probing, most chilling work of psychological suspense... and a novel that speaks to today's issues and fears as freshly and as powerfully as ever before.