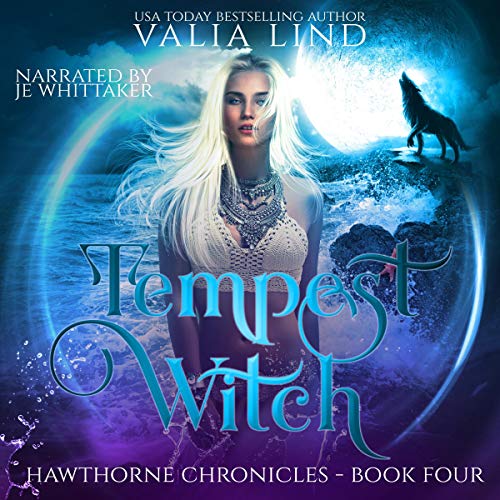 A town. A home. A sanctuary.

It’s a land of magic, where traditions run deep. Governed by an ancient coven, it’s a place where supernaturals and humans can live in peace.

All Skylar has ever wanted was to be left alone. As a half witch, half mermaid, she has lived her life suppressing her shifter gene.

But when her half-brother asks for her help, it’s difficult to deny him. After all, the Ancients are rising and the town of Hawthorne is the only barrier left standing between the world and the pure evil.

The Hawthorne coven has a plan, but in order to carry it out, Skylar must connect to the one part of herself she’s kept hidden. But coming to town, she realizes she doesn’t need to hide anymore. And when she meets a wolf shifter, her already tilted world turns upside down.

In order to survive, she must trust in herself. And in the magic of love.

The big battle is here.

Tempest Witch can be listened to as a standalone!

Other books in the Hawthorne Chronicles: