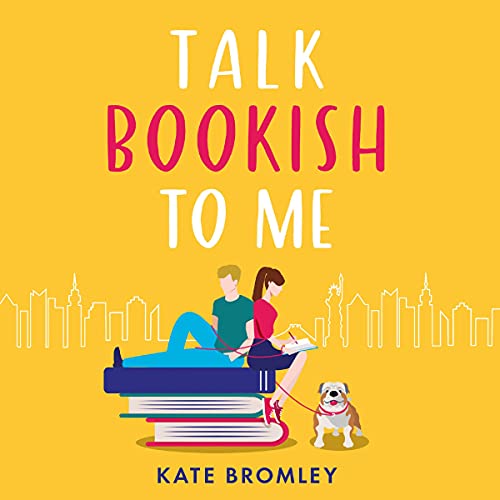 Talk Bookish to Me

Inspiration can be found in the most unlikely - and inconvenient - places.

Kara Sullivan is definitely not avoiding her deadline. After all, it's the week of her best friend's wedding and she's the maid of honour, so she's got lots of responsibilities. She's a best-selling romance novelist with seven novels under her belt, so she's a pro. Looming deadlines don't scare her and neither does writer's block, which she most certainly does not have. She's just eager to support Cristina as she ties the knot. Right? Right.

But then who should show up at the rehearsal dinner but Kara's college ex-boyfriend, Ryan? Turns out he's one of the groom's childhood friends, and he's in the wedding party, too. Considering neither Kara nor Ryan were prepared to see each other ever again, it's decidedly a meet-NOT-cute. However, when Kara sits down to write again the next day, her writer's block is suddenly gone. Are muses real? And is Kara's muse...Ryan?