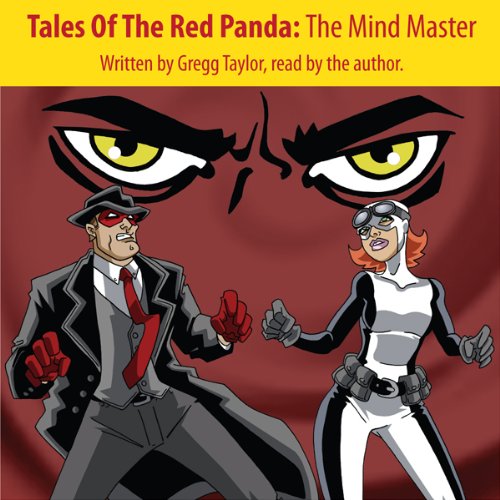 Tales of the Red Panda: The Mind Master

Sinister forces are at work, striking within the very heart of the city's elite with powers that seem otherwordly. Are the attacks random? Simply for profit? Or is an unknown predator hunting our masked heroes themselves? If the mysterious Ajay Shah really does have powers that rival those of the Red Panda, will even the Terrific Twosome of Toronto be able to resist the might of...The Mind Master?

This second installment of the Tales of the Red Panda pulp adventure series can be enjoyed as a part of the ongoing series or entirely as a stand-alone adventure. Like the full-cast audio drama series that the series grew from (Decoder Ring Theatre's The Red Panda Adventures), Tales of the Red Panda: The Mind Master is a thrilling and diverting tale for any who love the classic adventure stories of the '30s and '40s and who fondly recall the golden age of radio.