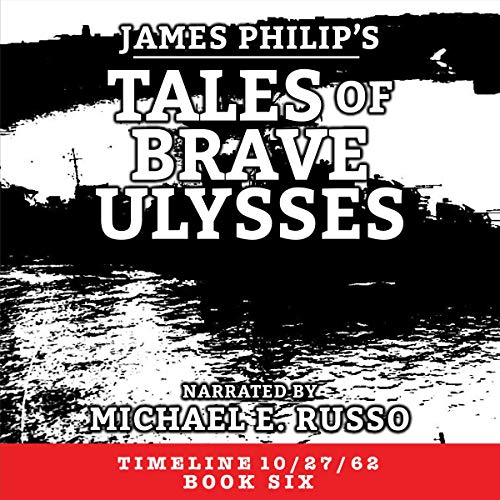 Tales of Brave Ulysses is book six of the alternative history series Timeline 10/27/62.

Ulysses is the English form of Ulixes, which in turn is the Latin form of the Greek Odysseus, hero Homer’s Iliad that tells the story of the great Trojan Wars, and the Odyssey which recounts the fable of his long journey home from those wars.

War is chaos; and chaos is war. The post-October War world is at a bloody crossroads; betrayal and confusion preoccupies and distracts the West to the disasters about to befall newly remade, desperately fragile alliances as long kept secrets surface.

The impenetrable fog of war spreads across the Mediterranean. Even while Malta burns and the survivors of the savage naval battle off its coast fight for their lives in the wreckage-strewn iron grey waters, the brittle rapprochement between the two trans-Atlantic pre-war nuclear superpowers comes under intolerable pressure both from within and without.

The new Anglo-American alliance has failed its first test and while the blame game rages, events are moving at terrifying speed. The enemies of the United States and the United Kingdom are finally ready to strike a devastating blow.

Like the Greeks of classical antiquity after ten years besieging Troy, the war weary, disillusioned peoples of what remains of the pre-October War free world are badly in need of heroes.

And like the Greeks of yore, they too await the return of their brave Odysseus to give them hope for a better future.

Book 3: The Pillars of Hercules