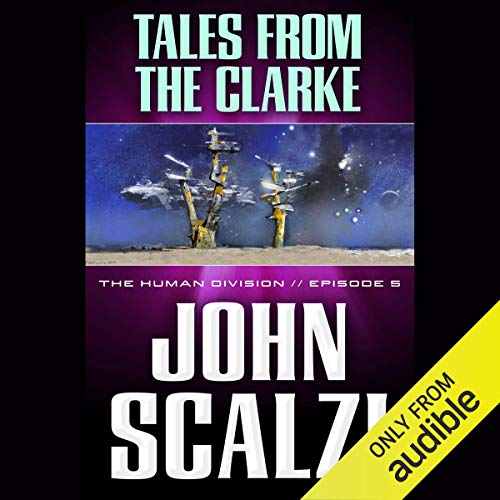 Tales from the Clarke

Captain Sophia Coloma of the Clarke has a simple task: Ferry around representatives from Earth in an aging spaceship that the Colonial Union hopes to sell to them. But nothing is as simple as it seems, and Coloma discovers the ship she’s showing off holds suprises of its own...and it’s not the only one with secrets.

"Tales from the Clarke" is a tale from John Scalzi's The Human Division, a series of self-contained but interrelated short stories set in the Old Man's War universe.