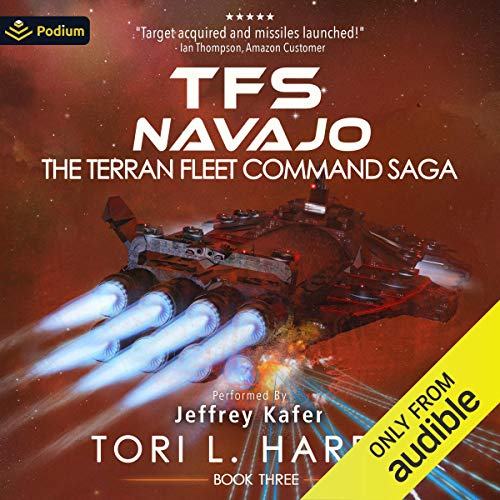 Only a few short months after humanity's first interstellar flights, the first shots have been fired in what will eventually become known as the Alliance Wars.

Terran Fleet Command teeters on the edge of chaos in the aftermath of Chairwoman Crull's removal from power, while in space, Earth's defense falls squarely on the shoulders of Admiral Kevin Patterson. With only a small number of ships capable of bringing the fight to the enemy, he makes the bold decision to divide his forces, meeting the Resistance task force head-on at two separate locations.

Captain Tom Prescott and crew aboard the destroyer Theseus meet with initial success on the battlefield, only to be faced with the arrival of a warship completely out of her class - armed with weapons for which she is not prepared.

As the Resistance task force makes its final approach to Earth, a new ally warns of the horrors that will be visited on our homeworld if the coming attack succeeds. In the meantime, the enigmatic Guardian watches and waits, noncommittal as to its role as a protector or a mere observer.

Yet hope remains - as a friend of humanity finally comes to grips with his destiny.