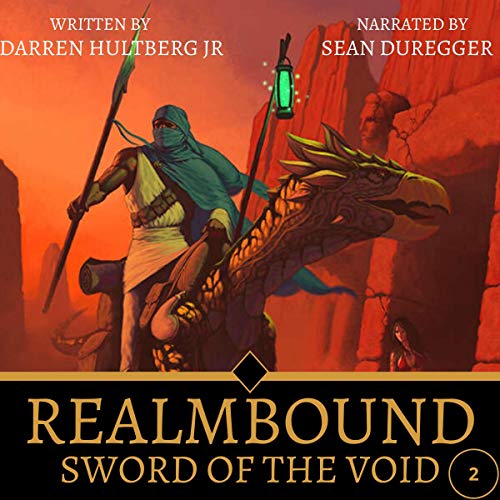 Sword of the Void

A hero pursued by darkness.
A firebrand with something to prove,
And a sword that drinks the souls of men.

The epic saga continues with Realmbound's second installment, The Sword of the Void!

The realms of earth and Valion have been bound, saved thanks to the power of the mighty scions.

Rian Asher, scion of storms, has a dark power brewing inside of him...a power that could pose a greater threat than the demons he fought to defeat. Karina Kane desires her own power, and by becoming a spell-weaver of Valion she can have just that...along with all the problems that come with it. And In the shadows, the demon prince Zanthios assembles a dark force of his own, a force capable of destroying the scions and leaving the realm itself shattered.

The scions have risen, but darkness has also taken rise. When the demon strikes, who will be left to stand against him and his dark artifact...the mighty sword of the void?

From best-selling author Darren Hultberg Jr comes the next chapter in this post-apocalyptic fantasy epic! Continue the journey today!