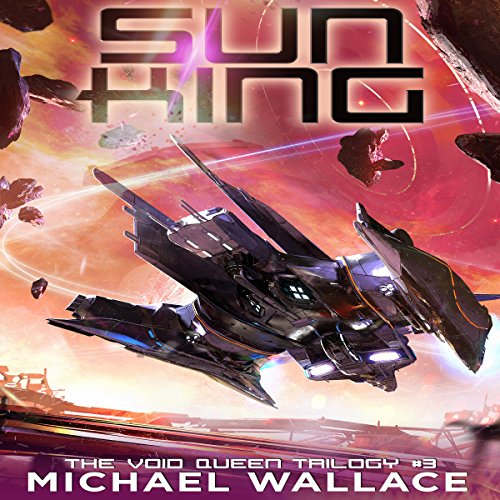 Led by Jess Tolvern aboard HMS Blackbeard, a battered allied fleet has kept Apex bottled up in the Persia System as Tolvern awaits desperately needed reinforcements. But when a brutal enemy push breaks a harvester ship free of Persia, and she discovers the extent of Apex war preparations, it becomes clear that only the combined might of Albion, Hroom, Scandian, and Singaporean forces have a chance of defeating the enemy once and for all.

The gathering allied fleet boasts more than 200 warships, the largest armada ever assembled. Arrayed against them is the most powerful and deadly threat humans and Hroom have ever faced. If the enemy cannot be defeated here and now, nothing will prevent the triumph of Apex and the extermination of all civilized people.

Sun King is the third and final book of the Void Queen Trilogy.