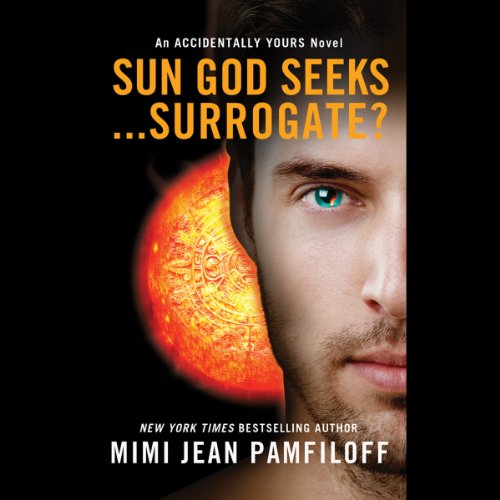 A Deal from Heaven

Living in New York City, Penelope Trudeau has seen a lot of weird stuff - but nothing like the insane redhead who accosts her with a wild proposition. Penelope will get a million dollars if she has a baby with the strange woman's brother. With her mother dying from a mysterious disease, Penelope can use the money. Yet the terrified waitress is adamant that her womb and eggs are not for sale…until she meets her intended mate. He's impressively built, gorgeous, and red-hot, literally. He's a freaking immortal Sun God.

For thousands of years, Kinich (Nick to his friends) didn't believe in fraternizing with humans, so procreating with them is definitely a no-no. But after one sizzling encounter with the beautiful, passionate Penelope, Nick begins to think he was wrong…until he realizes meeting Penelope was just another one of his crazy sister's schemes at manipulation. But now that he has Penelope in his life, he can't let her go. Especially because doing so means throwing her into the hands of his dangerous enemies.