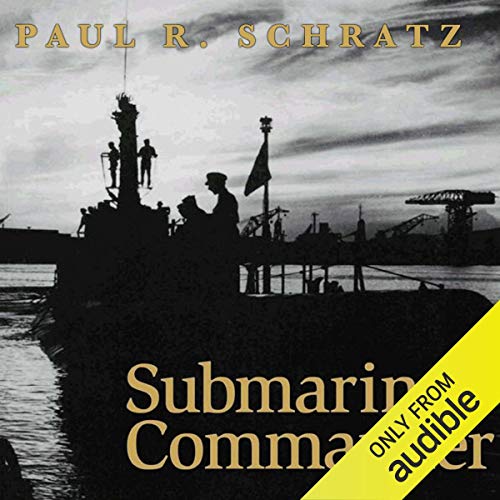 A fascinating personal memoir of underwater combat in World War II, told by a man who played a major role in those dangerous operations. Frank and beautifully written, this book will be of lasting value as a submarine history by an expert and as an enduring military and political analysis.

In early 1943, the submarine USS Scorpion, with Paul R. Schratz as torpedo officer, slipped into the shallow waters east of Tokyo, laid a minefield, and made successful torpedo attacks on merchant shipping. Schratz participated in many more patrols in heavily mined Japanese waters as executive officer of the Sterlet and the Atule. At war's end, he participated in the Japanese surrender, aided the release of American POWs, and had a key role in the disarming of enemy suicide submarines. He then took command of the revolutionary new Japanese submarine I-203 and returned it to Pearl Harbor. But this was far from the end of Schratz's submarine career.

In 1949, he commissioned the ultramodern USS Pickerel, the most deadly submarine then afloat, and set a world's record in a 21-day, 5,200-mile submerged passage from Hong Kong to Honolulu. With the outbreak of the Korean War, the Pickerel was immediately sent to Korea to participate in secret intelligence operations only recently declassified and never before revealed in print. Schratz's broad military experience makes this a far from ordinary memoir.

"An authoritative, useful, and interesting view of Pacific Ocean submarine operations." ( American Historical Review)
"Fascinating... A delight to read not only because it is well written but because it is so very real seen through the eyes of a completely involved observer." ( Submarine Review)
"A commanding and well told tale.... Schratz succeeds in making wartime submarining come alive for nonsubmariners." ( Shipmate)