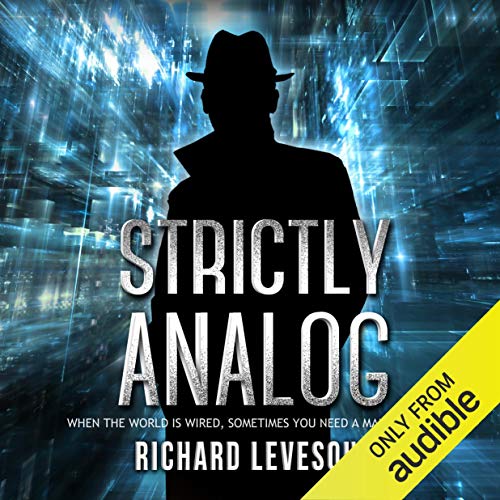 What's a private detective to do in a future where nothing is private? That's Ted Lomax's problem. In the new California, a corporation runs the government, electric cars have drive tones, and a new technology keeps everyone constantly connected to the Internet. Almost everyone.

Disabled in California's war for independence, Ted is locked out of the new tech. Living on the fringes of society for years, he's found a way to turn his disability into cash: finding clients who need their info kept off the grid.

But when his daughter is accused of murdering her boyfriend - an agent in California's Secret Police - Ted has to dig himself out of the hole he's been in. To save his daughter, he ventures into a shadow world of underground hackers, high-end programmers, and renegade gear-heads, all of whom seem to have a stake in California's future.

It soon becomes clear it's about more than one dead agent. Solving the case might save his daughter. And it might get him killed. And it just might open the door to secrets surrounding the attack that almost killed him eighteen years before.

One thing's certain, though. Ted Lomax will never be the same.