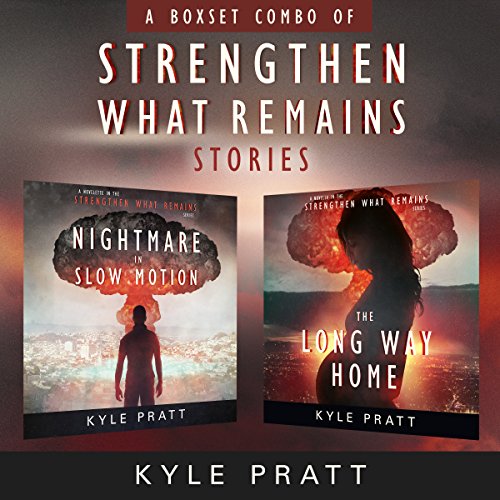 This combination boxset includes two stories from the Strengthen What Remains series, the novella, A Long Way Home, and the novelette, Nightmare in Slow Motion.

In the three full-length novels of the series we glimpse the life of Caden's brother Peter. In Nightmare in Slow Motion, we see Peter helping with the evacuation of Seattle when terrorists explode a nuclear bomb. This is the story of Peter's final mission.

In The Long Way Home, five cities have already been decimated by nuclear terrorism. But it is then when Trevor Westmore must set out on a mission to bring Sue, his pregnant daughter-in-law, back to the relative safety of the family farm. He also hopes to find his daughter Lisa and bring her home. But, almost immediately upon finding Sue, in the suburbs of Seattle, terrorists detonate another nuclear bomb and the two must flee amid the chaos and fallout.