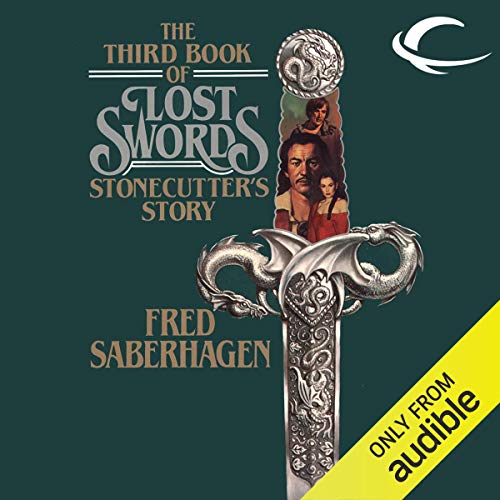 The gods forged the Twelve Swords of Power; now the gods have been destroyed by their own handiwork. The Swords are loose in the world, falling into the hands of human beings, changing human lives for good and ill.

Young Kasimir was the custodian of Stonecutter, the sword which can hew mountains and split diamonds with equal ease - until he discovers Stonecutter has been stolen. His first ally in the search to recover the powerful blade is Magistrate Wen Chang, who is reputed to have mysterious mind-reading powers.

Was Stonecutter responsible for the three murders they discover evidence of along the way? Or for the mysterious missing man?

And will Kasimir be able to recover Stonecutter before it does irrevocable damage?

very boring Story, without the characters we loved

it was dreadfull to go trough the whole thing, very slow and boring with the least interesting sword of the 12.none of the characters we loved over the years were in it.i dont recommend this book.