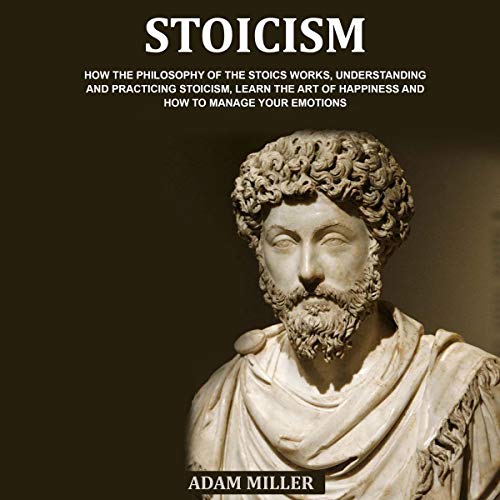 Stoicism: How the Philosophy of the Stoics Works, Understanding and Practicing Stoicism, Learn the Art of Happiness and How to Manage Your Emotions

Stoicism is called the philosophical doctrine that practiced mastery of the passions that disturb life using virtue and reason; as such, its purpose was to achieve happiness and wisdom regardless of comfort, material goods, and fortune. Hence, it also designates a certain moral attitude related to strength and equanimity in character.

The ideal of the Stoics was to achieve imperturbability and some degree of independence from the outside world. Although it was a fundamentally ethical doctrine, it also had its own logical and physical conceptions. It was influenced by cynics and Heraclitus.

The Stoic school was founded by Zenón de Citio around 301 BC in Athens. They used to meet in a portico of the city, from which it derived its name, which comes from the Greek (Stoikós), derived from στοά (stoá), which means "porch".

It was one of the most influential Hellenic philosophical schools. Its boom period is recorded between the third century BC and second century AD. Its weakening coincided with the rise of Christianity.

In the Stoic doctrine, three phases are recognized: a first, headed by Zeno and Chrysippus, called ancient Stoicism; the second, characterized by the contributions of Panecio and Posidonio, is known as middle Stoicism, and finally, there is new Stoicism, represented by figures such as Seneca , Epícteto, and Marco Aurelio.

Das sagen andere Hörer zu Stoicism: How the Philosophy of the Stoics Works, Understanding and Practicing Stoicism, Learn the Art of Happiness and How to Manage Your Emotions