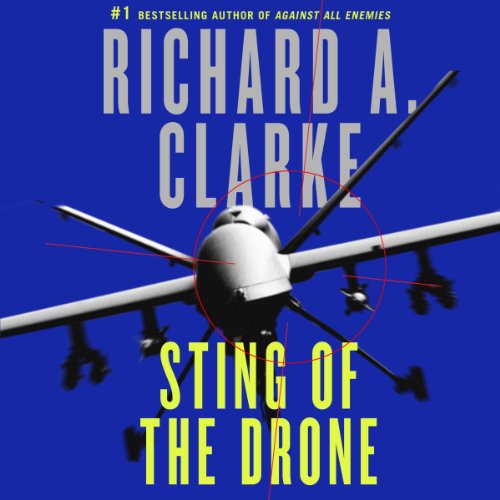 Sting of the Drone

Sting of the Drone

In Washington, the Kill Committee gathers in the White House's Situation Room to pick the next targets for the United States drone program. At an airbase just outside Las Vegas, a team of pilots, military personnel and intelligence officers follow through on the committee's orders, finding the men who have been deemed a threat to national security and sentenced to death.

On the other side of the world, in the mountains where the drones hunt their prey, someone has decided to fight back. And not just against the unmanned planes that circle their skies, but against the Americans at home who control them.

Clarke not only remains an active and respected presence within the national security community but also appears regularly as an expert commentator for ABC and other media. His insider's expertise is on full display in Sting of the Drone, a breathtakingly realistic novel set within America's contentious drone program.

Some years ago I was fascinated by a very well written novel, "The Scorpion's Gate". Now, by the same author, once again suspense mixed with actuality, showing moral, human and technical questions posed by the much discussed drone program. The author's political background provides insights and his writing puts him among thriller authors like Brad Thor and Vince Flynn.. Ari Fliakos is one of my favourite narrators and does a great job again, here!