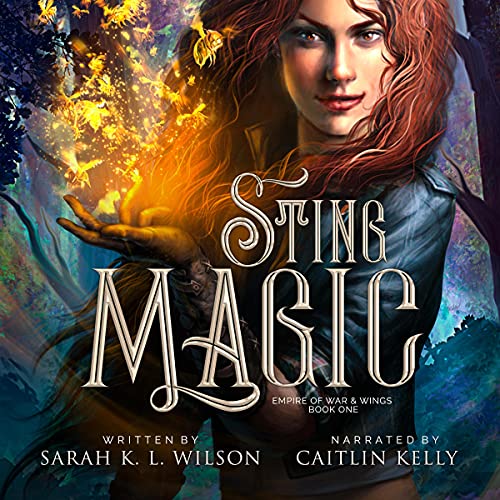 She has renegade magic - and that will cost her everything.

Aella is the most relentless, determined 17-year-old in the Winged Empire’s newest settlement, so, of course, when she manifests magic, it’s a renegade kind - the kind that gets people killed if they aren’t careful.

The only thing that 17-year-old Aella ever wanted was to keep raising horses with her sprawling family on the frontier of the Winged Empire.

But when the Winged Empire tests for magic, they’re looking for spirit-birds and Aella doesn’t manifest a spirit-bird - she manifests bees. An angry swarm of bees to be precise.

Furious at her aberration, the empire snatches her from her home, ransacks her town, and draws her into a world that she hates to her very core. Until a mysterious revolutionary offers her a deal that could change everything.

Now, Aella must choose - learn to use her new magic to save her family and the entire continent, or submit to the Winged Empire and watch everything she loves crumble.