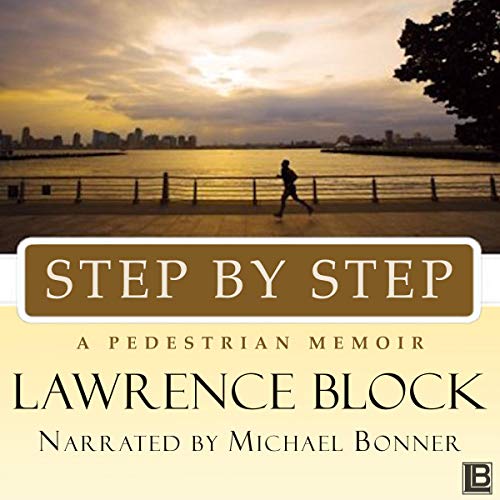 From the revered The New York Times best-selling author comes a touching, insightful, and humorous memoir of an unlikely race-walker and world traveler. Lawrence Block is the author of best-selling novels featuring unforgettable characters such as the hit man Keller, private investigator Matthew Scudder, burglar Bernie Rhodenbarr, and time traveler Evan Tanner. But much before he became an author, he was a walker.

As a child, he walked home from school (mostly because he couldn't ride a bike). As a college student, he walked until he was able to buy his first car (a deep blue 1950 Chevrolet coupe named Pamela, after the Samuel Richardson novel). As an adult, he ran marathons until he discovered what would become a lifelong obsession - never mind if some people didn't think it was a real sport - racewalking. By that time, Lawrence had already spent plenty of time walking through the city of New York. But racewalking ended up taking him all over the country, from New Orleans to Anchorage, from marathons in the punishing heat to marathons in the pouring rain. And along the way, as he began to pen the books that would make him a household name among suspense fans all over the world, he found that in life, as in writing, you just need to take one step after the other.

Through the lens of his adventures while walking, in 24-hour races, on a pilgrimage through Spain, and just about everywhere you can imagine, Lawrence Block shares his heartwarming personal story about life's trials and tribulations, discomforts and successes, which truly lets listeners walk a mile in the master of mystery's shoes.