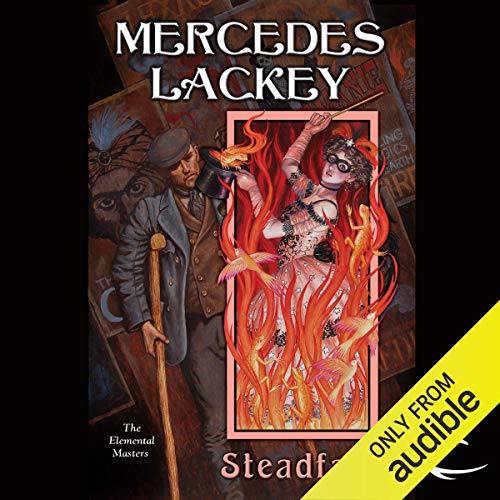 The new novel in Mercedes Lackey’s best-selling series of an alternative Edwardian Britain, where magic is real - and Elemental Masters are in control.

Lionel Hawkins is a magician whose act is only partially sleight of hand. The rest is real magic. He’s an Elemental Magician with the power to persuade the Elementals of Air to help him create amazing illusions. It doesn’t take long before his assistant, acrobat Katie Langford, notices that he’s no ordinary magician - and for Lionel to discover that she’s no ordinary acrobat, but rather an untrained and unawakened Fire Magician. She’s also on the run from her murderous and vengeful brute of a husband. But can she harness her magic in time to stop her husband from achieving his deadly goal?