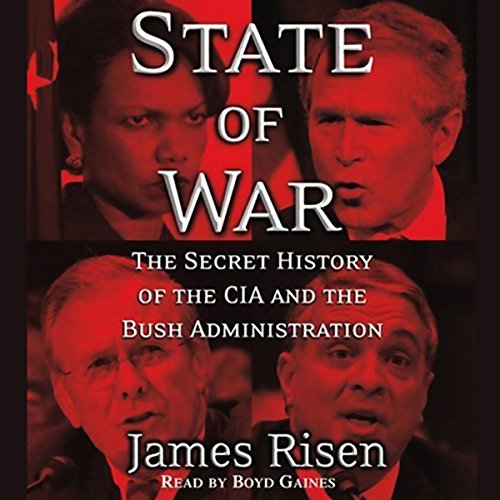 With relentless media coverage, breathtaking events, and extraordinary congressional and independent investigations, it is hard to believe that we still might not know some of the most significant facts about the presidency of George W. Bush. Yet beneath the surface events of the Bush presidency lies a secret history, a series of hidden events that makes a mockery of current debate.

This hidden history involves domestic spying, abuses of power, and outrageous operations. It includes a CIA that became caught in a political cross fire that it could not withstand, and what it did to respond. It includes a Defense Department that made its own foreign policy, even against the wishes of the commander-in-chief. It features a president who created a sphere of deniability in which his top aides were briefed on matters of the utmost sensitivity, but the president was carefully kept in ignorance. State of War reveals this hidden history for the first time, including scandals that will redefine the Bush presidency.