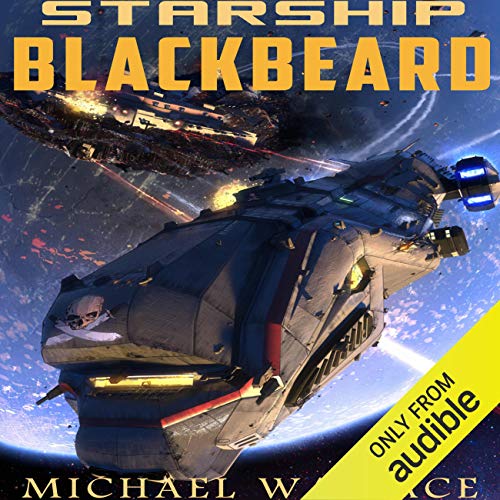 In the aftermath of an interstellar war with an alien race, Captain James Drake is unjustly court martialed and sentenced to hard labor. Now Drake is on the run from Lord Admiral Malthorne, while another pursuer, Drake's old friend, believes the accusations are true, and promises to bring him to justice.

But Drake won't go down without a fight. Rather than surrender, he'll lead his loyal crew into the lawless frontier worlds, infested with pirates and smugglers, to repair and rearm his ship. Then he'll return to attack Malthorne's estates and seize the evidence he needs to clear his name.

But more than just Malthorne's estate is at stake. If Drake is captured, he and his crew are doomed - and the kingdom will be plunged into another war.