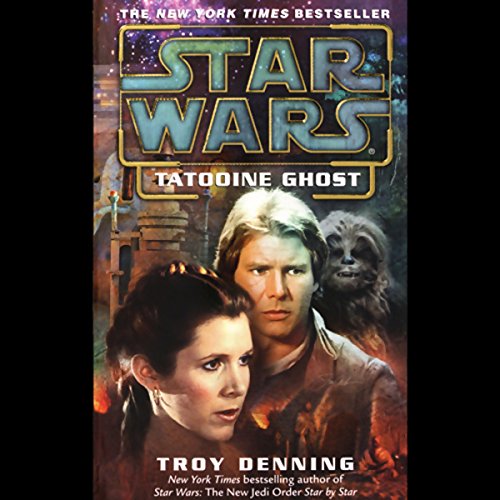 The deaths of Darth Vader and Emperor Palpatine, and victory at the Battle of Endor, by no means spelled the end of the Empire. In the aftermath, the New Republic has faced a constant struggle to survive and grow. And now a new threat looms: a masterpiece of Alderaanian art, lost in transit after the planet's destruction, has resurfaced on the black market. Offered at auction, it will command a handsome price...but its greatest value lies in the vital secret it conceals. The only option is recovery, and Han, Leia, Chewbacca, and C-3PO have been dispatched to Tatooine to infiltrate the auction.

But trouble is waiting when they arrive. When a dispute erupts into violence and the painting vanishes in the chaos, Han and Leia are thrust into a desperate race to reclaim it before Imperial troops or a band of unsavory treasure-peddlers get there first.

Dangerous as the chase is, for Leia it leads into especially dark territory. As long-buried secrets and truths at last emerge, she faces a moment of reckoning that will forever alter her destiny...and that of the New Republic.

"What more could a Star Wars fan desire? Reader Jonathan Davis is a very good narrator....he also slides into alien and other characters with right-on characterization." ( AudioFile)