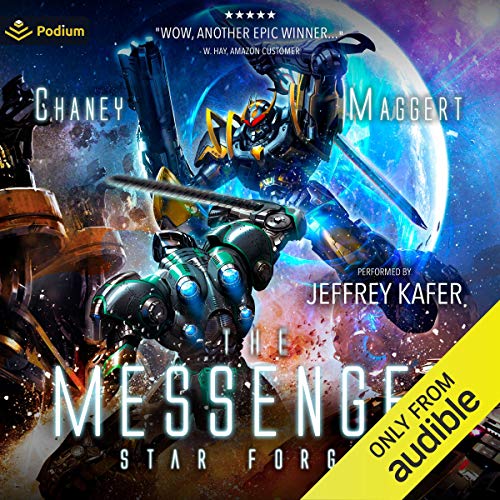 The Forge is coming back online, weapons hot and searching known space for signs of the Golden.

When Dash and Leira repair a powerful scanner, it finds something unusual in a distant system - the remains of an ancient battlefield. Custodian tells of a fight lost long ago, leaving drifting debris around the faraway star.

But the battlefield isn't forgotten. A human colony has taken hold nearby, and on their world, a single, massive ship has crashed.

And it is sending out a signal.

In a race against the enemy, Dash and his team will try to salvage the secrets of a Golden ship, warn the colony of the oncoming war, and brace for impact as more enemies streak across the stars to hunt down the one person who can stop them.