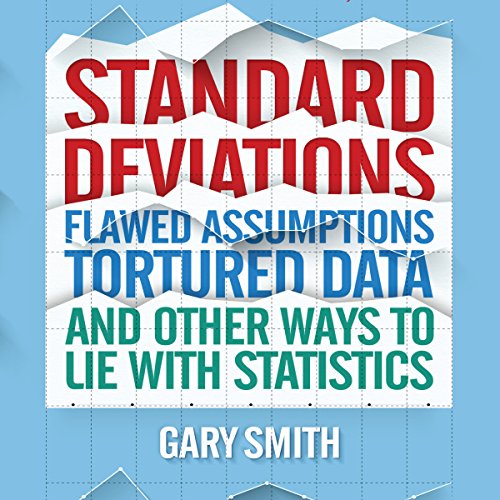 Did you know that baseball players whose names begin with the letter "D" are more likely to die young? Or that Asian Americans are most susceptible to heart attacks on the fourth day of the month? Or that drinking a full pot of coffee every morning will add years to your life, but one cup a day increases the risk of pancreatic cancer? All of these "facts" have been argued with a straight face by credentialed researchers and backed up with reams of data and convincing statistics.

As Nobel Prize-winning economist Ronald Coase once cynically observed, "If you torture data long enough, it will confess." Lying with statistics is a time-honored con. In Standard Deviations, economics professor Gary Smith walks us through the various tricks and traps that people use to back up their own crackpot theories. Sometimes, the unscrupulous deliberately try to mislead us. Other times, the well-intentioned are blissfully unaware of the mischief they are committing. Today, data is so plentiful that researchers spend precious little time distinguishing between good, meaningful indicators and total rubbish. Not only do others use data to fool us, we fool ourselves.

With the breakout success of Nate Silver's The Signal and the Noise, the once humdrum subject of statistics has never been hotter. Drawing on breakthrough research in behavioral economics by luminaries like Daniel Kahneman and Dan Ariely and taking to task some of the conclusions of Freakonomics author Steven D. Levitt, Standard Deviations demystifies the science behind statistics and makes it easy to spot the fraud all around.

"A very entertaining book about a very serious problem. We deceive ourselves all the time with statistics, and it is time we wised up." (Robert J. Shiller, winner of the Nobel Prize in Economics)