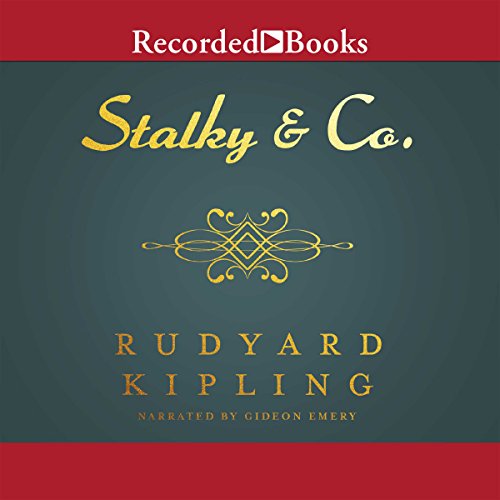 Stalky & Co. is a book, published in 1899 (following serialization in the Windsor Magazine) by Rudyard Kipling, about adolescent boys at a British boarding school. It is a collection of linked short stories in format, with some information about the charismatic Stalky character in later life. The character Beetle, one of the main trio, is partly based on Kipling himself. Stalky is based on Lionel Dunsterville, M'Turk is based on George Charles Beresford, and Mr. King is based on William Carr Crofts. The school, which is referred to as the College or the Coll., is based on the United Services College in Devon, which Kipling attended.

The stories have elements of revenge, the macabre (dead cats), bullying, and violence and hints about sex, making them far from childish or idealized, unlike the typical school story. The critic Edmund Wilson, in The Wound and the Bow, was both shocked and uncomprehending about them. For example, Beetle pokes fun at an earlier, more earnest, boys' book, Eric, or Little by Little, thus flaunting his more worldly outlook.