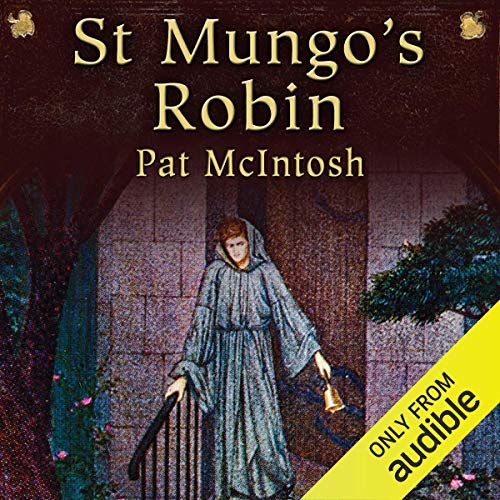 The fourth Gil Cunningham murder mystery set in Medieval Glasgow. The warden of St Serf's has been found dead in the almshouse garden. He appears to have been killed on the previous night but there are those who are convinced he was present at that morning's service, The elderly residents, the almshouse nurse and Humphrey, her deranged favourite, have all been set against one another by the dead man's scheming - and then there is the discarded mistress and almshouse ghost to consider. Tracing the dead man's last movements between the Cathedral precinct and the shores of the Clyde, Gil Cunningham is both helped and hindered by his two sisters who have come to Glasgow for his wedding to Alys. An uncanny event followed by the arrival of Gil's godfather, precipitates the crisis. Finally, it is Alys who helps Gil identify the warden's killer.

Like her protaganist Gil Cunnigham, Pat MacInstosh is a graduate of Glasgow University, She lived and worked in Glasgow before settling on Scotland's West Coast.