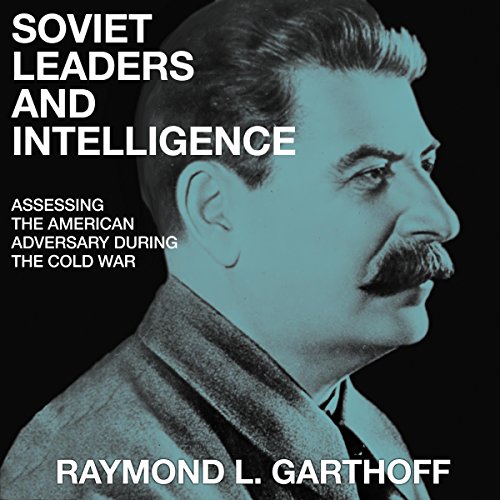 During the Cold War, the political leadership of the Soviet Union avidly sought intelligence about its main adversary, the United States. Although effective on an operational level, Soviet leaders and their intelligence chiefs fell short when it came to analyzing intelligence.

There were, however, important changes over time. Ultimately, the views of an enlightened Soviet leader, Gorbachev, trumped the ideological blinders of his predecessors and the intelligence service's dedication to an endless duel with their ideologically spawned main adversary, making it possible to end the Cold War.

Raymond Garthoff draws on over five decades of personal contact with Soviet diplomats, intelligence officers, military leaders, and scholars during his remarkable career as an analyst, senior diplomat, and historian. He also builds on previous scholarship and examines documents from Soviet and Western archives. Soviet Leaders and Intelligence offers an informed and highly listenable assessment of how the Soviets understood, and misunderstood, the intentions and objectives of their Cold War adversary.

"Mr. Garthoff is uniquely qualified for such a study." ( The Washington Times)
"Raymond L. Garthoff has been the towering dean of experts on Soviet foreign policy for more than half a century. He now provides a definitive and fascinating account of how intelligence as distinct from other influences did, and more to the point often did not, shape the views of Moscow's leaders as they interacted with their American adversary." (Richard K. Betts, Saltzman Institute of War and Peace Studies and Columbia University)
"Raymond Garthoff is unmatched in his knowledge of Soviet leaders and Soviet intelligence." (Robert Jervis, Columbia University)