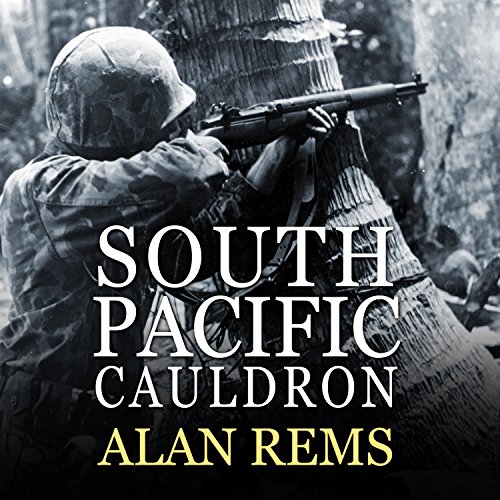 South Pacific Cauldron is the first complete history embracing all land, sea, and air operations in the Pacific War. Unlike most other World War II accounts, this work covers the South Pacific operations in detail. The audiobook includes many now-forgotten operations that deserve to be well remembered. Significantly, the official Australian history of World War II correctly observed that Australia's part in the Pacific war is barely mentioned in American histories.

This volume finally brings the major Australian contribution to the fore. The dramatis personae could hardly be improved upon, including brilliant and imperious General Douglas MacArthur, audacious and profane Admiral William "Bull" Halsey, and bibulous and indelicate Australian General Thomas Blamey. As for the fighting men, many of their stories are captured in accounts of the actions for which they were awarded the Congressional Medal of Honor, Victoria Cross, and other decorations for valor.

"South Pacific Cauldron is a first-rate account of the brutal and important fighting that occurred in the Solomon Islands and New Guinea during World War II....Alan Rems provides military history buffs with a fine starting point for the overlooked military operations in one of the world's most hostile environments." (Stephen R. Taaffe, author of Marshall and His Generals)