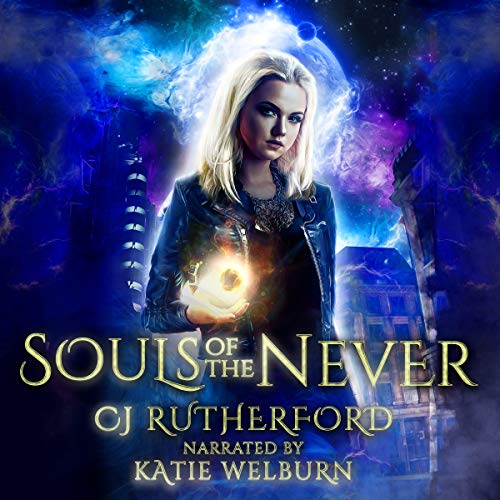 Souls of the Never

Something wants our world...and it’s coming through her to get it!

Katheryne, a kick-ass Irish heroine, and Derren, her dimension-hopping boyfriend, along with a ragged team of misfits, are pitted against the powers of darkness; powers that want to free magic – and their malevolent god – from its ancient prison.

The fate of two worlds lies in their hands, so cue time-travel. Cue epic battles. Cue re-runs of Friends…hey, even heroes have down time.

Souls of the Never will have you on the edge of your seat in the breakneck adventure through science and fantasy, where two worlds battle to save reality…and the Super Bowl final.

I think it was a good book. Although there were some hops and loops in the story, which may cone from my tiredness, i could not wait for how the next chapter would continue and how earlier pieces would become relevant later.

Katie Welburn is a star in the Never ;) she has an soothing voice that wants you to keep listen to her and a spectrum of voices which bring characters and their character to live. hope to see more of her.