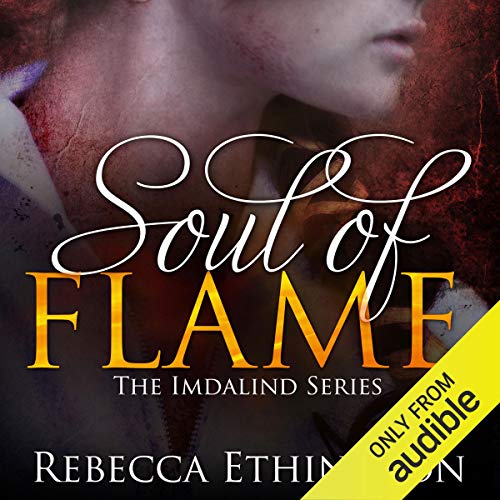 The Time for the final battle has come. Edmund's armies have surrounded the Rioseco Abbey, trapping the few survivors inside. The sight that Ilyan was given a thousand years ago is about to come to pass. If only Joclyn was able to fight.

Joclyn is tormented by the hallucinations that Cail's mind has left her with, her magic an uncontrollable torrent that even Ilyan cannot control. Her moments of lucidity are broken by fears of dripping pipes and bleeding walls and a desire to kill Ryland that she is having trouble trying to ignore. The sight has shown her power, shown her success, but it has also shown her death - the end of her life something she is not quite willing to give up on yet.

Even past her death, the sight has shown her love, and that love may be the only key to her sanity, to her strength, and to Edmund's death. That love may stand in her way, and a single choice may tip the scales and secure their future or destroy their fate.

Soul of Flame is book four of five in The Imdalind Series. It is a clean young-adult paranormal romance.