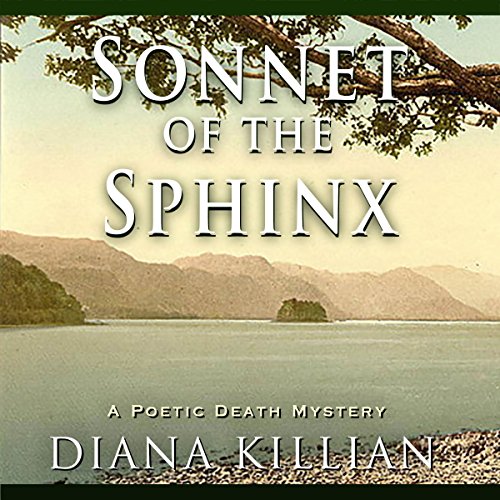 Sonnet of the Sphinx

For one of Innisdale's residents, a priceless sonnet means poetic license to kill... Grace Hollister's stay in England's picturesque Lake District has proven doubly fruitful - the American literary scholar just sold her first book, and her romance with charming antiques dealer and ex-jewel thief Peter Fox has begun a new chapter. Sorting through a hoard of papers found in an old farmhouse, Grace and Peter discover an old letter that refers to a lost Shelley sonnet, "Sate the Sphinx".

Before Grace can start tracking down this poetic treasure, though, Peter's shady past rears its head - a particularly ugly head, belonging to a menacing Turk who's eager to see Peter dead. But there's plenty more trouble in store. Suddenly Grace and Peter are suspects in a murder investigation, and someone has tried his level best to kill her - not once, but twice.

The hieroglyphics are on the wall: Unless Grace can unravel an inscrutable riddle and unearth the villain amid a cache of likely suspects, her story might be at an end.