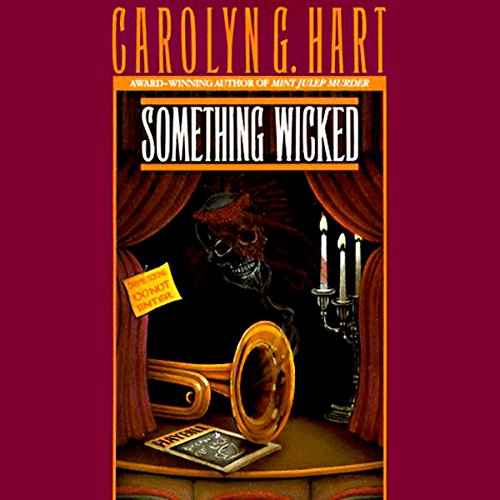 Everyone - including mystery bookstore owner Annie Laurance - loves Arsenic and Old Lace. But something wicked has poisoned a local summer stock production, as cast members stab one another in the back and props are sabotaged. Worst of all, the star, aging Hollywood beach-blanket hunk Shane Petree, butchers his lines - while getting top billing in bed with wives and teenage daughters around town. No wonder somebody wants to draw his final curtain.

With a little help from Miss Marple, Poirot, and Agatha the Bookstore Cat, a pompous prosecutor tries to pin a murder on Max, Annie's own leading man. Unless Annie can prove her darling's innocence, their wedding date's off! Invoking the tried-and-true methods of her favorite literary sleuths, Annie snoops around the greasepaint and glitter backstage. But she'll be next to star in a knock-'em-dead show-stopper scene if she doesn't watch it, because theatrical murderers never play fair.