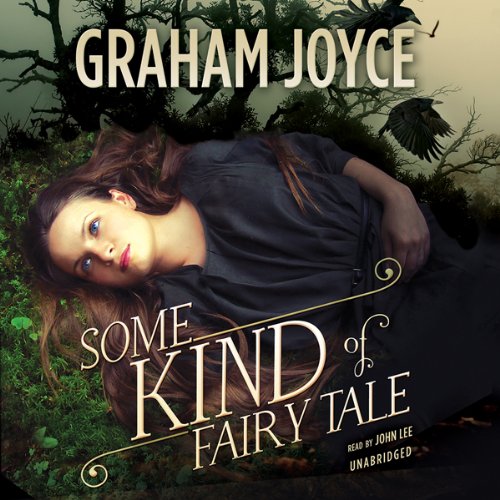 Some Kind of Fairy Tale

Some Kind of Fairy Tale

Some Kind of Fairy Tale is the mesmerizing new novel from acclaimed author Graham Joyce.

Twenty years ago, 16-year-old Tara Martin disappeared from a small town in the heart of England. Now, her sudden return and the mind-bending tale of where she’s been will challenge our very perception of the truth.

For 20 years after Tara Martin disappeared, her parents and her brother, Peter, lived in denial of the grim fact that she was gone for good. Then suddenly on Christmas Day, the doorbell rings at her parents’ home, and there, dishevelled and slightly peculiar looking, Tara stands. It’s a miracle, but alarm bells are ringing for Peter. Tara’s story just does not add up. And, incredibly, she barely looks a day older than when she vanished.

Award-winning author Graham Joyce is a master of exploring new realms of understanding that exist between dreams and reality, between the known and unknown. Some Kind of Fairy Tale is a one-of-a-kind journey every bit as magical as its title implies - and as real and unsentimental as the world around us.

Graham Joyce, a winner of the O. Henry Award, the British Fantasy Award, and the World Fantasy Award, lives in Leicester, England, with his family. His books include How to Make Friends with Demons, Smoking Poppy, Indigo (a New York Times Notable Book of 2000), The Tooth Fairy (a Publishers Weekly Best Book of 1998), and Requiem, among others.

"Joyce blends reality with fantasy in this modern-day fable.… Though Joyce envisions an intriguing realm nestled against our own, what’s most compelling are his characters’ chaotic emotions and reconnections as they struggle to cope with what they can’t understand.” ( Publishers Weekly)
“Reality and fairy tale are beautifully interwoven in this contemplative story about relationships, love, and dreams. In a unique blend of thriller and fantasy, Joyce creates a delightful page-turner that his fans and newcomers alike will find hard to put down.” ( Booklist)