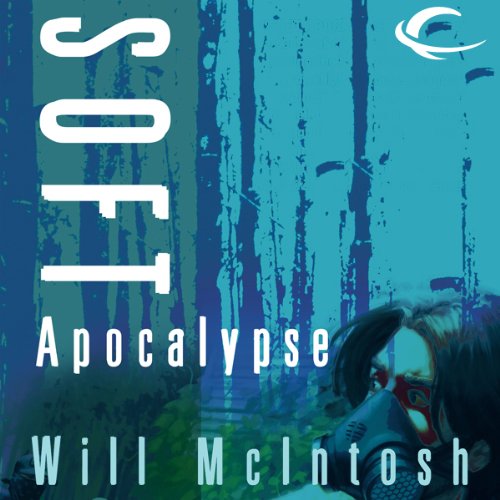 What happens when resources become scarce and society starts to crumble? As the competition for resources pulls America's previously stable society apart, the "New Normal" is a Soft Apocalypse. This is how our world ends; with a whimper instead of a bang.

"It's so hard to believe," Colin said as we crossed the steaming, empty parking lot toward the bowling alley. "What?" "That we're poor. That we're homeless." "I know." "I mean, we have college degrees," he said. "I know," I said.

There was an ancient miniature golf course choked in weeds alongside the bowling alley. The astroturf had completely rotted away in places. The windmill had one spoke. We looked it over for a minute (both of us had once been avid mini golfers), then continued toward the door. "By the way," I added. "We're not homeless, we're nomads. Keep your labels straight."

New social structures and tribal connections spring up across America, as the previous social structures begin to dissolve. Soft Apocalypse follows the journey across the Southeast of a tribe of formerly middle-class Americans as they struggle to find a place for themselves and their children in a new, dangerous world that still carries the ghostly echoes of their previous lives.

"In this moving debut from Hugo-winner McIntosh, the prosperous world of 2023 ends not with a bang but with a crackle, the sound of genetically engineered bamboo growing overnight and destroying roads and buildings.... McIntosh strongly delineates his characters and makes Jasper's struggles very affecting. Though it may be soft, this apocalypse has plenty of sharp edges." (Publishers Weekly)
"Bottom line: If Soft Apocalypse isn't nominated for a Hugo or Nebula Award, I will eat the entire book page by page." (Paul Goat Allen)
"[McIntosh] has written a first novel that's compelling, credible, and relentless, whose best and most disturbing moments will stay with the reader for a long time." (Locus)