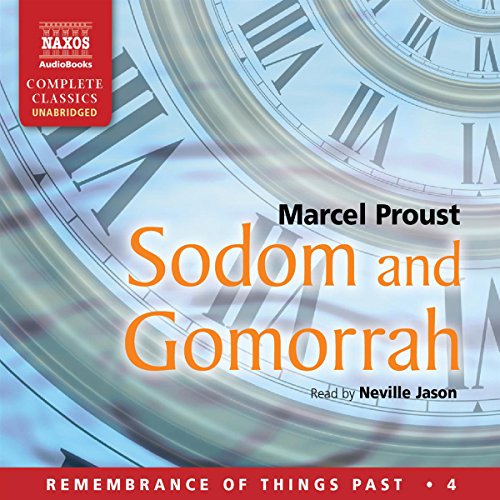 Remembrance of Things Past is one of the monuments of 20th century literature. Neville Jason’s widely praised 39 CD abridged version has rightly become an audiobook landmark and now, upon numerous requests, he is recording the whole work unabridged which, when complete, will run for some 140 hours.

Sodom and Gomorrah is the fourth of seven volumes. Accidentally witnessing an encounter between the Baron de Charlus and the tailor Jupien, the narrator’s eyes are opened to a world hidden from him until now; he suspects that Albertine is attracted to her own sex.