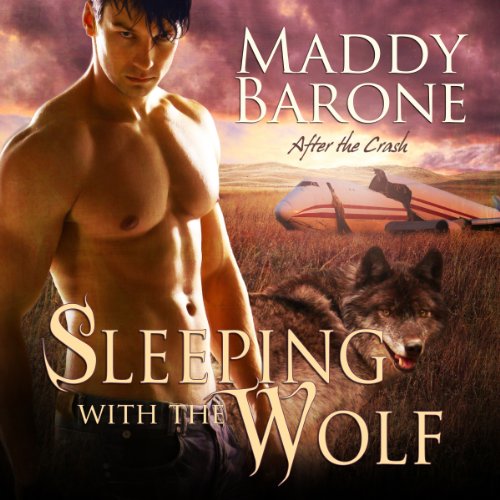 Sleeping with the Wolf

Book 1 in the After the Crash series. When a plane crashes fifty years in the future the survivors learn:

2. Plagues have reduced the female population to a precious few and every woman is worth her weight in gold.

3. Werewolves are more than mere stories and they want mates.

Carla is an up and coming country music star when she boards a plane for Denver in the year 2014. After the plane crashes in the year 2064 she learns that nuclear war destroyed technology and unleashed a plague that devastated the female population. Even now, decades after the plague has dwindled to isolated outbreaks, women are precious commodities to be fought for, and Carla finds herself offered as the prize in a Bride Fight. Alpha wolf Taye knows Carla is his mate. Losing her is unacceptable. He wins the Bride Fight. But can he win her heart?