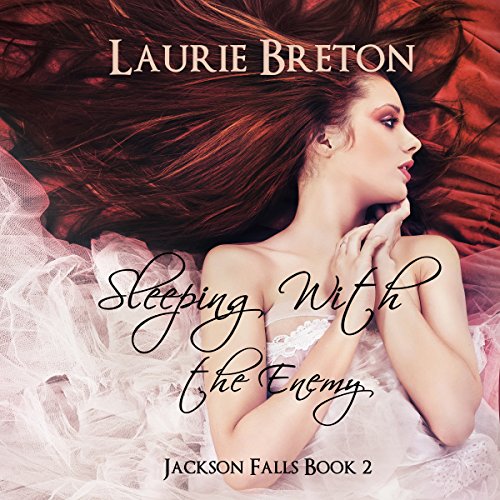 Sleeping with the Enemy

Hard experience has taught Rose MacKenzie Kenneally that men can't be trusted. But when gorgeous high school English teacher Jesse Lindstrom sweeps her off her feet at her brother's wedding, Rose temporarily forgets that she's given up on men forever. Eight weeks later, the unthinkable happens when this 36-year-old divorced mother of two teenagers discovers she's pregnant by a man she barely knows.

When Jesse proposes marriage, Rose digs in her heels. She cherishes her hard-won freedom, and no man, no matter how infuriatingly sexy or nice, is going to take that away from her. But her teenagers are running wild in the city. Her ex, Eddie the Snake, is too busy with his new trophy wife to be bothered with something as trivial as fatherhood. Luke and Devon need the stabilizing influence of a man like Jesse Lindstrom. So she accepts Jesse's proposal with a few conditions of her own.

Jesse wants a real marriage, but Rose is determined to resist his charm. The harder she resists, the harder he pushes, and indifference becomes increasingly difficult. But Rose carries a dark secret, one she's kept hidden for 20 years, a secret that could destroy their shaky marriage. When Jesse faces a serious accusation, Rose is forced to confront her demons head-on. Is Jesse Lindstrom the one man she can trust, or will she find out that she's sleeping with the enemy?