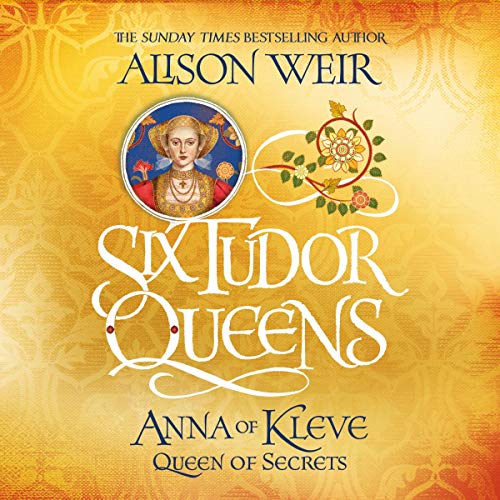 A German Princess with a guilty secret.

The King is in love with Anna's portrait, but she has none of the accomplishments he seeks in a new bride.

She prays she will please Henry, for the balance of power in Europe rests on this marriage alliance.

But Anna's past is never far from her thoughts, and the rumours rife at court could be her downfall. Everyone knows the King won't stand for a problem queen.

The fourth of Henry's Queens.

Acclaimed, best-selling historian Alison Weir draws on new evidence to conjure a startling image of Anna as you've never seen her before. A charming, spirited woman, she was loved by all who knew her - and even, ultimately, by the King who rejected her.

History tells us she was never crowned.

But her story does not end there.

"This six-book series looks likely to become a landmark in historical fiction." (The Times)

"Alison Weir makes history come alive as no one else." (Barbara Erskine)

"Weir is excellent on the little details that bring a world to life." (Guardian)

Alison Weir's writing is always good, and it's brave to follow such a controversial theory, given that Weir is such an admired historian. Well done. Her stories and histories are always wordy, so require patience - but whoever enjoys long audiobooks will be rewarded!

My criticism of the speaker is as always - please either use someone who can speak the necessary foreign languages or instruct them in how to pronounce the language. It's ridiculous for the speaker to adopt a pseudo-German accent for certain characters when she can't even pronounce the German words... This is one of my pet hates and spoils the enjoyment of both fiction and non-fiction; it's really aggravating and could so easily be avoided. It's also unfortunate in discrediting a speaker who is otherwise pleasant to listen to.