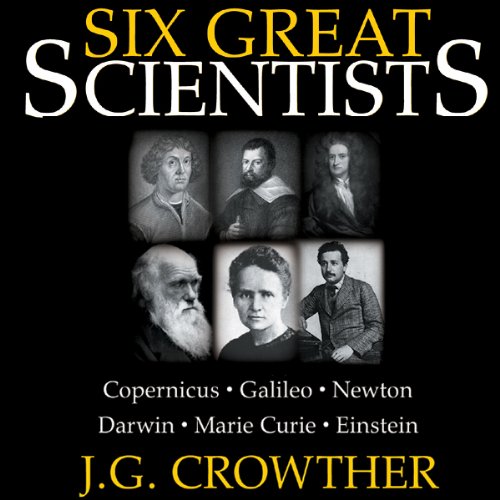 All of the geniuses in Six Great Scientists had one thing in common: the determination to do scientific research whatever the obstacles. They all had the imagination to conceive great ideas and the force of will not to be defeated.

Nicolaus Copernicus proved that the earth was not the center of the universe and founded the modern scientific outlook. Galileo Galilei proved by his use of the telescope that the Copernican view was correct and fought for this truth in the face of severe persecution. Isaac Newton not only developed a comprehensive account of the entire physical universe but also struggled for the preservation of intellectual freedom by taking part in the rebellion against James II. Charles Darwin, in the face of violent opposition, established a belief in evolution, showing that all living organisms are related members of one connected system. Marie Curie discovered radium, which disclosed the secrets of the atom, revealed its structure and history, and unlocked the promise of atomic energy. Finally, Albert Einstein asserted the theory of relativity and the equivalence of mass and energy, which was essential for the controlled release of atomic power. Just as important, he also spoke out against Nazi Germany without the shadow of a compromise and never ceased to warn mankind of the danger inherent in the misuse of science.

The stories of these scientists will renew our confidence in the human spirit. They remind us of the advancements that can result when men and women have the ability and courage to achieve great things.