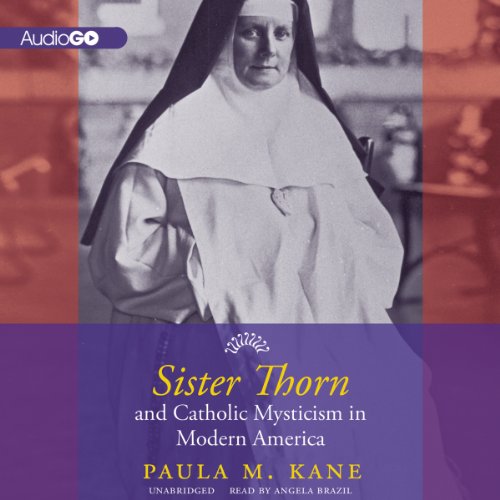 One day in 1917, while cooking dinner at home in Manhattan, Margaret Reilly felt a sharp pain over her heart and claimed to see a crucifix emerging in blood on her skin. Four years later Reilly entered the convent ofthe Sisters of the Good Shepherd in Peekskill, New York, where, known as SisterMary of the Crown of Thorns, she spent most of her life gravely ill andpossibly exhibiting Christ's wounds.

In this portrait of Sister Thorn, Paula M. Kane scrutinizes the responses to this American stigmatic's experiences and illustrates the surprising presence of mystical phenomena in twentieth-century American Catholicism.

Drawing on accounts by clerical authorities, ordinary Catholics, doctors, and journalists - as well as on medicine, anthropology, and gender studies - Kane explores American Catholic mysticism, setting it in the context of life after World War I and showing the war's impact on American Christianity. Sister Thorn's life, she reveals, marks the beginning of a transition among Catholics from a devotional, Old World piety to a newly confident role in American society.