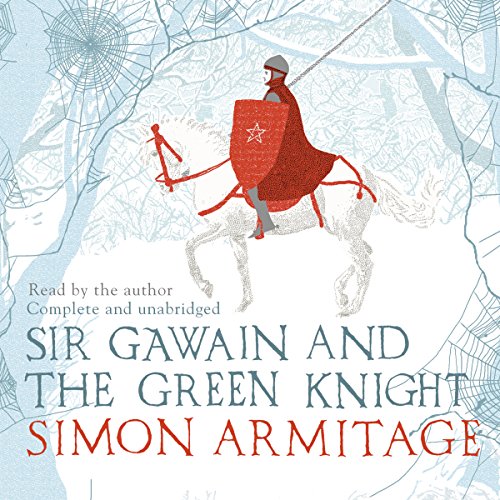 Sir Gawain and the Green Knight

A complete and unabridged recording of Simon Armitage's hugely successful translation of Sir Gawain and the Green Knight, read by the author. When the mysterious Green Knight arrives unbidden at the Round Table one Christmas, only Gawain is brave enough to take up his challenge.... This story, first told in the 1400s, is one of the most enthralling, dramatic and beloved poems in the English tradition.

Now, in Simon Armitage, the poem has found its perfect modern translator. Armitage's retelling of Sir Gawain and the Green Knight captures all of the magic and wonderful storytelling of the original while also revitalising it with his own popular, funny and contemporary voice.

Simon Armitage was born in West Yorkshire in 1963. In 1992 he was winner of one of the first Forward Prizes and a year later was the Sunday Times Young Writer of the Year. He works as a freelance writer, broadcaster and playwright and has written extensively for radio and television. Previous titles include Kid, Book of Matches, The Dead Sea Poems, CloudCuckooLand, Killing Time, The Universal Home Doctor, Homer's Odyssey and Tyrannosaurus Rex versus The Corduroy Kid.

"Armitage makes it utterly, even compulsively readable, and as fresh as it must have been in 1400." ( Sunday Herald)
"Terrific." ( Independent on Sunday)