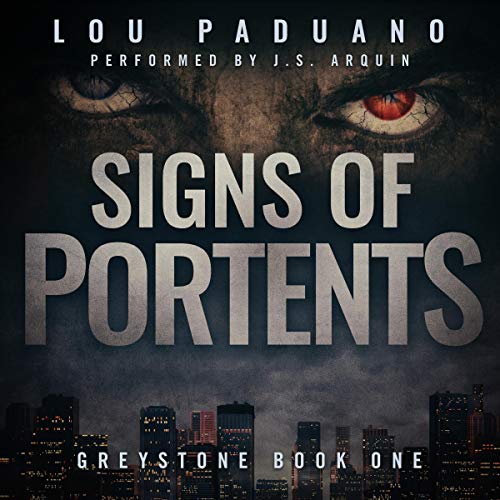 Portents is a city like no other - and one that Detective Greg Loren can’t wait to escape. Since his wife’s death years earlier, Loren has looked forward to the moment he can leave the city of Portents for good - and never look back.

But fate has another plan for Loren. Called back to duty, Loren finds himself embroiled in a series of murders that has shaken the city. Together with Soriya Greystone, a young woman with unearthly powers, Loren must work quickly to find the otherworldly being that is killing citizens of Portents one at a time. Loren is tasked with deciphering the mysterious signs left at each of the crime scenes...even if it means traveling to worlds not his own to do so.

Fast-paced and thrilling, Lou Paduano’s debut novel Signs of Portents will leave you on the edge of your seat and listening minute after minute.