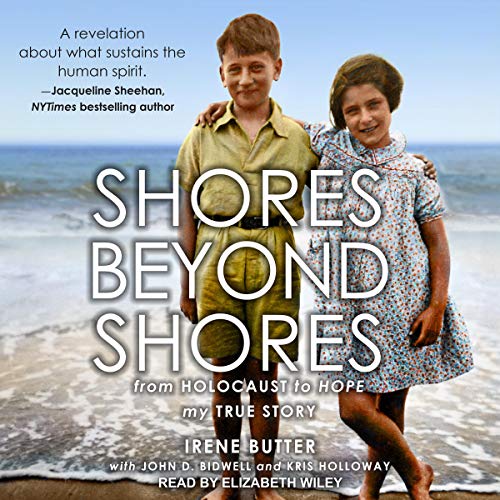 As her Pappi fights to save his family during the Holocaust, Irene's childhood is lost. Play is restricted. Family and friends disappear. Finally, with the Dutch police at their door comes the reality that Irene's father has not moved his family far enough from Hitler's Germany.

By January 1945, the family is struggling to survive a death camp. Irene tends her ailing parents, cares for starving kids, and even helps bring clothes to her Amsterdam neighbor Anne Frank, before her family is offered a singular chance for freedom...providing the Nazi doctor says they are healthy enough. After two weeks of heart-lifting miracles and heart-breaking tragedies, Irene arrives in the Algerian desert to journey into redemption and womanhood, without her parents or brother.

Irene's first-person memoir, Shores Beyond Shores, is an account of how the heart keeps its common humanity in the most inhumane and turbulent of times. Irene's hard-earned lessons are a timeless inspiration.