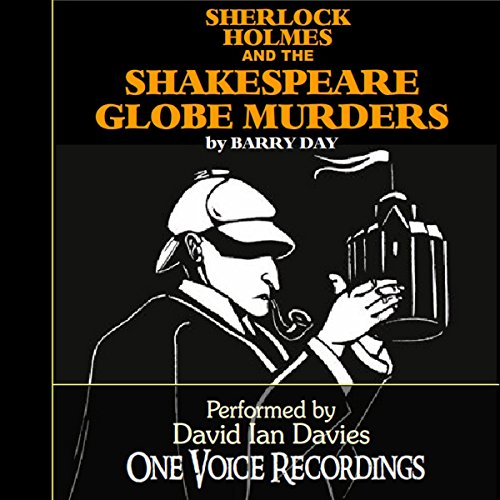 In Barry Day's mystery Sherlock Holmes and the Shakespeare Globe Murders, an American businessman rebuilds the Globe, in 1899 London, to much fanfare. But when the Globe's actors begin to fall victim to murder, each in the manner of a death in a Shakespearean play, Holmes and Watson step in to investigate - the stakes dramatically rising when Queen Victoria becomes a target. A virtuoso performance from David Ian Davies adds intrigue and excitement to the story, with Davies providing unique voices and accents for different characters.

London 1899 and a matter of grave national importance. American impresario Florenz Adler, has rebuilt Shakespeare's Globe playhouse. The grand opening is to take place in the presence of Her Majesty Queen Victoria. Amid the excitement, the actors receive sinister warnings in the form of cryptic quotations from Shakespeare's plays and a drawing of a rose. A hoax? A literary joke? But not for long - the joke turns sour as the murders begin, each an exact copy of a death in a Shakespeare play. Even the Queen receives a warning, and so Sherlock Holmes is called in to fathom out the plot - assisted, of course, by Dr. Watson.