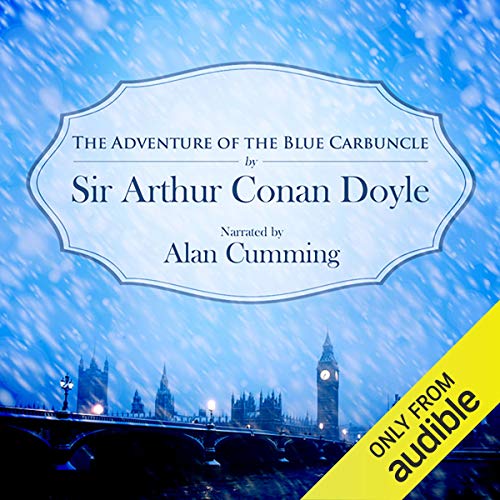 Sherlock Holmes: The Adventure of the Blue Carbuncle

Holmes cannot resist a good mystery, so when Commissionaire Peterson came to him and Watson, with a story about a goose with a precious carbuncle that his wife had found in the bird crop, Holmes couldn't resist - even if it was during the festive period. They set out across London to determine exactly how the stolen jewel wound up in a goose's crop. In doing so, they unravel an intricate criminal plot and set free a man falsely accused of a crime.

'The Adventure of the Blue Carbuncle' is one of the 56 short Sherlock Holmes stories written by Sir Arthur Conan Doyle. It is the seventh of 12 stories in The Adventures of Sherlock Holmes, which was first published in Strand Magazine in January 1892.

I read this story every year for Christmas, and this version is well performed. Season's greetings!

I listened to this audio book, i.e.short story, while doing the ironing. A truely fun and witty story. Well read and a real treat.