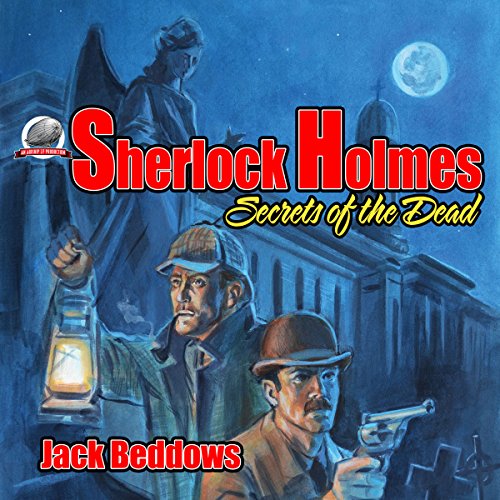 Sherlock Holmes: Secrets of the Dead

Sherlock Holmes: Secrets of the Dead

A frightened woman contacts Sherlock Holmes believing her husband is plotting to murder her. Holmes entraps the devious spouse and turns him over to the police. Several days later, the woman is found hanged in her home. Now Holmes and Watson find themselves immersed in a far greater mystery, one with connections to high-ranking government officials and treacherous foreign affairs.

Soon the great detective and his loyal companion become the targets of a deadly assassin all because of something called the Berenford Letter. Thus begins the chase that will lead the duo through the darkest corners of London; from an abandoned munitions factory to the eerie and sinister depot of the dead, the Necropolis Station, and end in the gloomy corridors of an insane asylum. All the while Holmes realizes they are being manipulated by a criminal genius whose ultimate goal will reveal the secret of the dead and a hidden piece of Sherlock Holmes' own past.