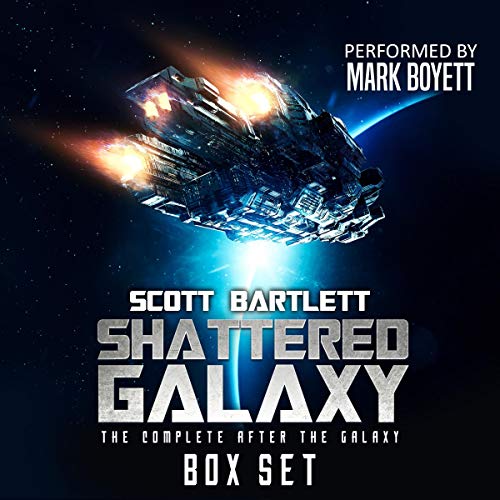 Enlisting was his only ticket out.

Raised fatherless in a galactic Brinktown, Joe Pikeman only ever wanted to escape.

The Galactic Guard offered that escape, with the promise of regular meals to boot. Now Joe is a full Guardsman, with his own ship and a snide partner bot who hates humans almost as much as he hates other bots.

To the pirates he hunts, Joe is known as the Butcher. His bloody reputation has landed him in the center of a sweeping conspiracy that threatens to stamp out the galaxy’s last surviving human settlements.

As Joe races against time to salvage what’s left of his species, one thing becomes crystal clear: You can never escape your past.

It all starts on Earth, humanity’s deserted homeworld....