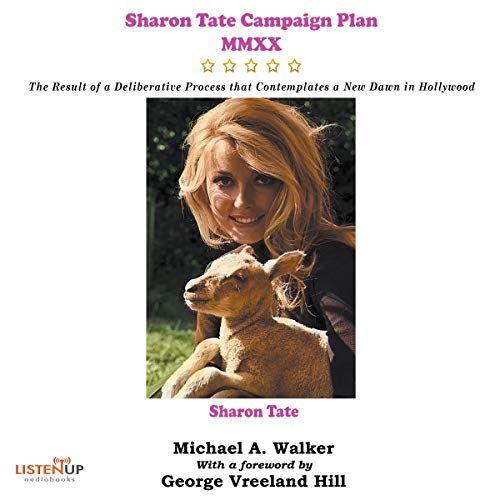 In 1969, the nearly nine months pregnant celebrity Sharon Tate loses her life and the life of her unborn child, horrifying hundreds of millions of Americans. How do we restore the dignity of Sharon Tate in the American psyche from an ocean of morbidity on a level unseen in the history of the United States?

Sharon Tate Campaign Plan MMXX transcends the problem, navigating Sharon Tate’s enigma with a clear defense of her person as someone worthy of admiration. The book details flexible options that reverse the present situation by reintroducing Sharon Tate to the American public.

Only 26 years old when she died, the story of Sharon's life became of less public interest than learning about the hippie lives of her murderers. Despite this, Sharon possesses a formidable arsenal of relatively unseen visual media for planners to work with. Plan MMXX envisions a new dawn in Hollywood and promotion of the greater good.